Is your idea newsworthy?

There’s a lot of stuff in the world.

Actually, there is too much stuff.

You need to ensure your stuff is legendary cool stuff, so you don’t just spend lots of money and resources trying to stand out from all the other similar stuff.

A great idea could be a lemon or a grand slam success and only the courageous will be prepared to take that risk.

Emily Miazga has the gritty resilience it takes to win the Coast to Coast endurance race three times and she has heaped that determination into a new product, Em’s Power Cookies – Hemp Protein Cookie. 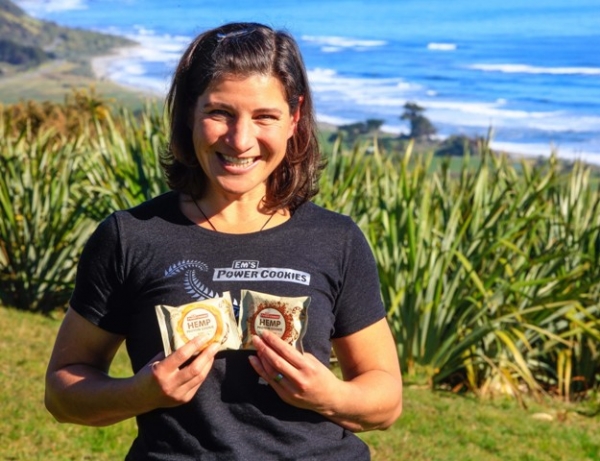 The product is so new and original – it’s not even legal for Emily to sell it in New Zealand because it contains hemp protein.

Before you get excited, hemp cookies will not get you high but hemp is highly nutritious, and it is consumed around the world by people who are focused on their health.

They are more likely to be whipping up a kale smoothie to replenish themselves after a yoga workout than hotboxing in a station wagon at the beach.

From a PR perspective Emily’s idea is cookie gold.

Hemp is a hot topic, Emily is bursting with enthusiasm and she has a great back story.

She lives at Ngakawau on New Zealand’s West Coast (just Google it), she’s won Coast to Coast and she has taken a gamble on legislation changing.

Waiting for politicians to sort out anomalies with hemp regulations is another story angle.

Give exclusives to media

The media loves this type of story and to make the most of it – a few exclusives had to be given.

It may feel like risky business but pitching a story to one or two key media organisations is likely to raise the profile of a good story.

Media compete with each other and most journos still want the scoop. Don’t steal their thunder with social media posts, blogs or giving the story to a similar news outlet.

Generally, you can give exclusives to one print, one television and one radio organisation.

Don’t waste your time or theirs by mass circulation to everyone – unless you are Apple releasing the latest iPhone and the world is lining up to find out what is new.

The result for Emily was a decent story in NZ Herald’s lifestyle section, which is bang on Em’s Power Cookies’ target audience.

Emily’s story made the Seven Sharp line up and whether you watch the show or not – TV still nails it for media reach.

Since February, Seven Sharp is reported to score an average 90,000 viewers each night.

Once you have success with a reporter, say ‘thank you’, stay in touch and give them first option on any developments in your story.

They may say ‘no’ but at least you’ve helped maintain your professional relationship with the media.

If they love your story, they’ll be pretty grumpy if you take a follow up lead to their opposition.

When your story has gone live and you can access it digitally, share links to it via your database and social media channels.

However, take caution around copyright and give kudos to the media that supported you. Don’t take credit for content that is not yours.

And lastly, if your story isn’t newsworthy don’t take it personally when you never hear back from phone calls or get a reply to your emails.

Newsrooms are under endless pressure and have limited resources.

You may just need to think a lot harder about being newsworthy rather than expecting free advertising.

Where to start with PR

There's a lot of noise out there and it can be difficult for your business or organisation to be heard. more

Practicing what we preach - Chatterbox PR was given a brand re-vamp in 2014... more

There's a lot of noise out there and it can be difficult for your business or organisation to be heard. more